The Problem of Ethnic Tolerance Development among Students

The article is devoted to understanding of the importance of the formation of a positive ethnic identity among students and the development of their ethnic tolerance. The formation of tolerance is considered as a key task of forming a full-fledged personality. To identify the degree of tolerance a study among full-time North-Eastern federal university (NEFU) students is conducted. The degree of ethnic tolerance is assessed on the base of the following criteria: the level of "negativity" in relation to one's own and other ethnic groups, the threshold of emotional response to other ethnic environment, and the severity of aggressive and hostile reactions to other groups. It is revealed that the majority of students of the NEFU have a positive ethnic identity and are inclined to tolerance but there is some percentage of students who are not so positive. It is concluded that the preventive activity of the university should be manifested in educational and extracurricular activities, focused on the formation of tolerant experience, and in the multicultural education as a method of developing ethnic tolerance.

Soldatova, G. U. (2000). Living in peace with oneself and others: tolerance training for adolescents. Moscow: Genesis.

Soldatova, G.U. (2008). Psychodiagnostics of Tolerance of a Person. Moscow: Meaning.

Tolstikova, S.N. (2012). Interethnic conflicts and their prevention in the student environment. Bulletin of the Moscow State Humanitarian University. Pedagogy and psychology, 2, 95-102. 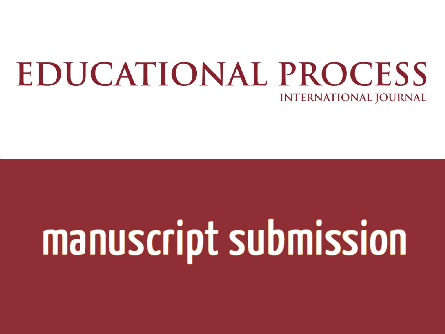 ► Educational Process: International Journal is member of the Committee on Publication Ethics (COPE).